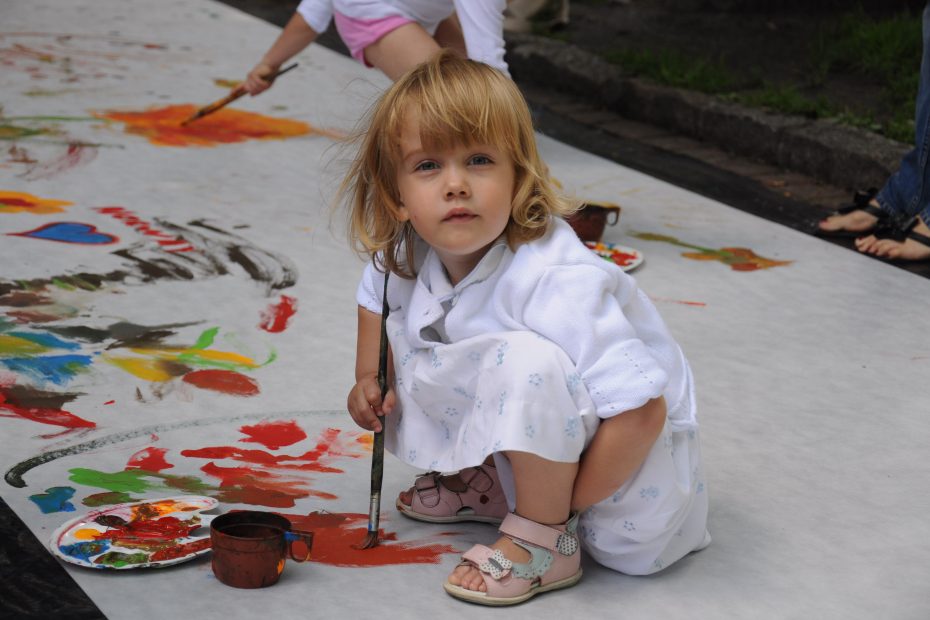 Mimo Wieku was assigned to elaborate scenarios for the BIG game in 5 locations involving a father with a small child.

In march 2021 a workshop took place. The workshop’s goal was to discuss the challenges particularly fathers are facing when taking care of small children. Mimo Wieku has invited individuals matching the characters profile: males who currently or recently have been taking care of a child aged 2-5 years.

During discussions five scenes for the BIG game were elaborated. First was the playground as young parents tend to spend a lot of time with their kids in this location. Quite often they are being confronted with problems like a lack of toilet or well positioned banks to allow comfortable watching the playing children. The second scene is taking place in the apartment, where young parents with kids face many difficulties primarily relating to the cramped living conditions. Lack of place for a stroller or separate bedroom for a child are very pronounced. The third scene is located in a restaurant, where a visit can be challenging for fathers with children due to, for example, noisy music causing annoyance by the kids. Commuting by public transport was also taken into consideration, as the city infrastructure and buses are often not meeting the needs of a parent with a stroller. As the last scene a community centre was chosen where a father with a child need do visit a doctor.

All the selected scenes are very real and reflect the challenges fathers with children may encounter.

Tagi:BIG
poprzednieWorkshop rounds in the Netherlands to review scenes in the BIG game
DalejBIG interviews AFEdemy
We use cookies on our website to give you the most relevant experience by remembering your preferences and repeat visits. By clicking “Accept All”, you consent to the use of ALL the cookies. However, you may visit "Cookie Settings" to provide a controlled consent.
Cookie SettingsAccept All
Manage consent

This website uses cookies to improve your experience while you navigate through the website. Out of these, the cookies that are categorized as necessary are stored on your browser as they are essential for the working of basic functionalities of the website. We also use third-party cookies that help us analyze and understand how you use this website. These cookies will be stored in your browser only with your consent. You also have the option to opt-out of these cookies. But opting out of some of these cookies may affect your browsing experience.
SAVE & ACCEPT